BITO-- As you might imagine, BITO mimics the underlying chart of Cash Bitcoin. My preferred pattern scenario STILL argues that BTC has NOT yet hit a sustainable bear phase low, but one more downmove beneath the June low at 17,678 will satisfy the minimum pattern criteria for the establishment of a very significant near and intermediate term low. As long as any strength in BTC is contained beneath the 27,000 area BTC is vulnerable to a plunge to new corrective lows.

A similar setup is evident in BITO shown on my attached 4 Hour Chart. I am expecting BITO to decline to a new low beneath 11.37, into the 10.00 target window prior to establishing a very significant low. The question now is whether today's high at 14.10 ended the near term rally phase, or whether BITO has one more pop to 15.00-16.00 prior to heading lower? Unless BITO breaks 12.75, I will give it the benefit of the doubt for one more rally attempt to take out 14.10 prior to rolling over into a decline to new low territory... Last is 13.30 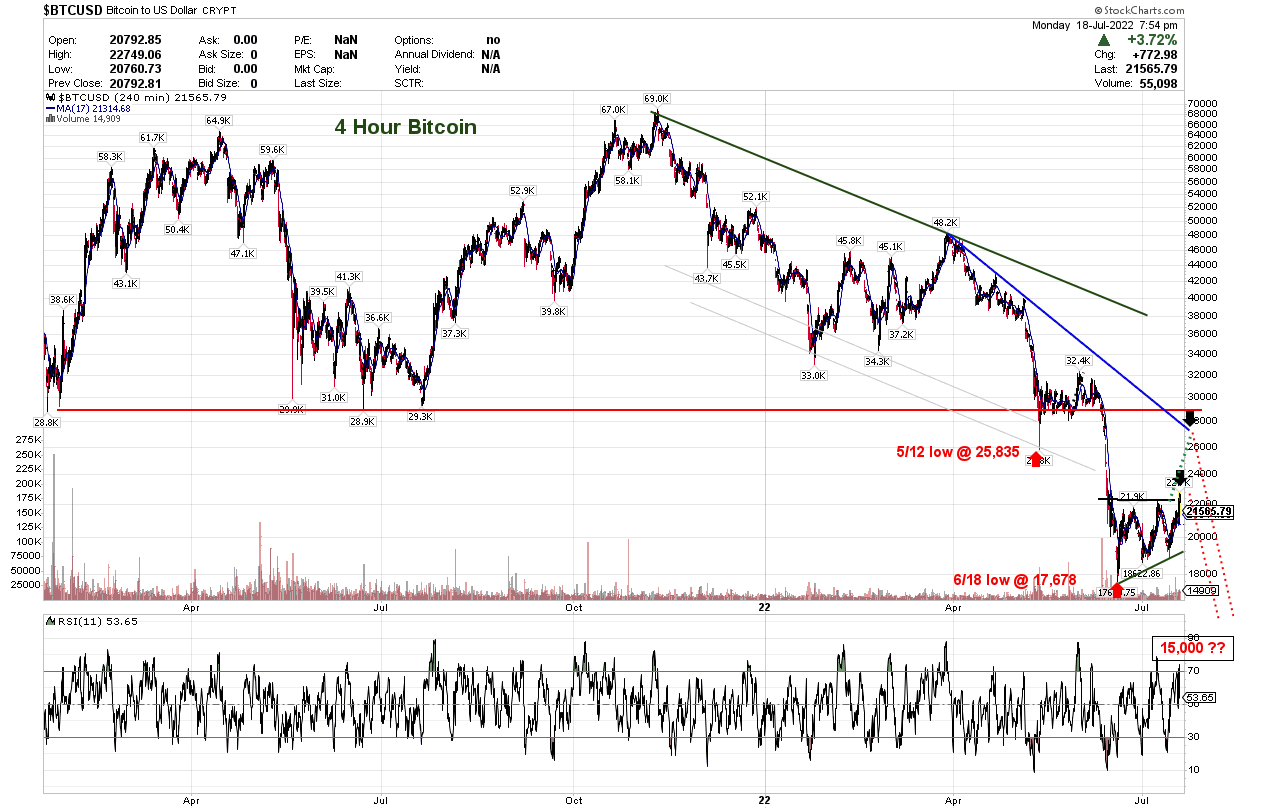 Get Out Front Of The Markets